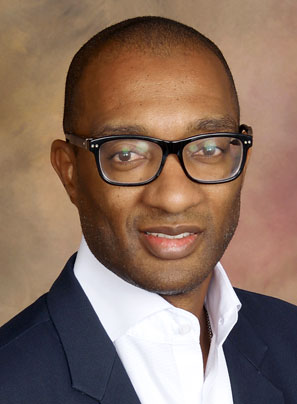 Uri Clinton, President & COO, Empire City Casino, will be the Keynote Speaker at the next Chamber Networking Breakfast to be held Tuesday, May 21st, 7:30 am at The Fairways at Dunwoodie, One Wasylenko Lane, Yonkers, Yonkers. This breakfast is sponsored by Veneruso, Curto, Schwartz & Curto, LLP.

Early Bird Coffee and the opportunity to network with members starts at 7:30 am with Breakfast at 7:45 am. The cost is $15 for members, $20 for guests of members, and $25 for non-members. Come early for networking and bring an ample supply of business cards and hand-outs.

Uri Clinton was named President & Chief Operating Officer of Empire City Casino at Yonkers Raceway in Westchester County, NY upon MGM Resorts International’s acquisition of the property in January 2019. Previously, Clinton served as Senior Vice President for Global Development for MGM Resorts, one of the world’s largest and best-known hospitality and entertainment companies, where he has helped bring hundreds of millions of investment dollars to communities.

Prior to joining MGM Resorts, Clinton held leadership roles in legal affairs with several companies, including Baha Mar, Ltd., Multimedia Games, Inc., and Caesars Entertainment Corporation. With over 16 years in the gaming and hospitality industry, Clinton has a unique perspective on business development in highly regulated environments.

Clinton holds a Bachelor’s Degree in Political Science from the University of Nevada, Las Vegas, earned a Juris Doctorate from Gonzaga University School of Law in Spokane, Washington, and a Master’s of Business Administration from Vanderbilt University in Nashville, Tennessee.